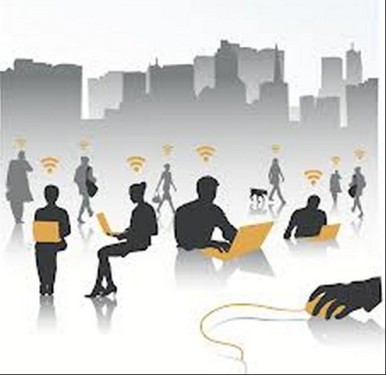 The Wireless Broadband Alliance is trying to pass the Passpoint protocol and propose to use aka Hotspot 2.0 to identify devices that can seamlessly switch between 3G and 4G. Users will not need to manually discover hotspots, enter authentication to obtain WiFi, and be guaranteed to be as secure as 3G and 4G networks. , You may not need a password for WiFi login soon. In addition, global WiFi can be made free with new business models such as advertising.

There are millions of users currently connected to WiFi via hotspots; some users can connect to the operator's WiFi for free, but watch out for data over schedule at all times; specialized WiFi subscriptions are often too wasteful.

That doesnâ€™t require hotspots, usernames, and passwords. What about all free WiFi?

The wireless industry's Boingo Wireless is preparing to provide a world-wide WiFi subscription service that will provide a seamless WiFi connection in the future.

Earlier this year, the International WiFi Alliance had tried to authenticate the device via PassPoint aka Hotspot 2.0, which is an agreement for smooth connection of devices and WiFi access points. But before this agreement is reached, the WiFi connection will still be very complicated.

Manual connection is still an unavoidable barrier. For example, you cannot start a call on the 3G network, and then automatically switch to the WiFi network, allowing you to continue the call.

The Passpoint standard developed by the Wireless Broadband Alliance is now popularly called the next-generation hotspot standard. It not only supports seamless switching, but also provides a mechanism to facilitate the mobile phone companies and WiFi hotspot operators to provide roaming agreements. The currently-joined wireless operators include AT&T. , T-Mobile, China Mobile, BT, NTT DoCoMo and Orange. It is expected that the relevant equipment will be deployed by the end of this year, early roaming plans will begin, and WiFi will be integrated into the network next year. The final establishment time should be 2014.

What does this mean for the user?

This means that users will be able to automatically switch from 3G to 4G to a WiFi network. Users will not have to manually discover hotspots and enter authentication to obtain WiFi. And when switching from one network to another, there will be no interruption, and users will not even feel it.

Mobile operators will also use WiFi support when 3G and 4G networks cannot reach, especially those with poor indoor signal, such as sports fields, concert venues, and certain public landmarks.

Another important feature is that it guarantees the same level of security as 3G and 4G, and does not leak your data transmission information like free public WiFi.

The direct benefit users get is that with better network coverage and faster speeds, you also don't feel like you're connecting to WiFi or an ordinary wireless network at a certain moment.

As for the business model, there may be some changes. For example, AT&T has provided many free WiFi hotspots in the United States, increased foreign data roaming plans without charging, but there will be 1GB of data limit every month, and this overseas WiFi. The important support partner is WiFi provided by Bingo. This is a great glory for the latter, because it is not easy to hold off AT&T's huge amount of WiFi.

If providers such as WiFi providers Boingo and AT&T work together with a single vision, some advertisers may need to collect user usage data to provide marketers with useful information and target ads. They may be willing to cooperate to carry the WiFi infrastructure. cost of. For example, major shopping malls such as Best Buy want to provide users with relevant product information at the first time in the in-store user facility search, so it may be possible to pay certain WiFi fees to AT&T as a mode, and some businesses hope that users can log in with their own advertisements. Of the page, and some businesses want the user's data.

For such a world, there are no 3G, 4G, and WiFi points. When WiFi is used, there is no excessive regulation and the spectrum is free. Any third party may be a supplier. When does WiFi surpass 3G and 4G or continue? And 3G, 4G coexist?