On December 20th, LeTV closed at the end of the year and released five new products. Among them, the high-profile box U4 that this year's return is undoubtedly the most highly anticipated. LeTV's several ecosystems are now super TV, and the return of TV boxes will undoubtedly attract a group of new users to play a role as an aid to super TV ecology.
The development speed of smart TV this year is very rapid. Basically, the smart label of TV has reached over 70% of the entire TV market. As a traditional tool for TVs to become intelligent, the TV box, on the one hand, is subject to the market competition of smart TVs. On the one hand, it is limited to policy supervision. This year's TV box trend tends to be flat and the market structure is also dominated by several TV box brands. Divide clean. Although the situation in the TV box is limited, there is an advantage in terms of content flexibility and software updates, as well as the price of the user's psychological buffer. 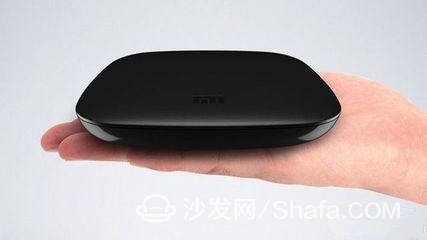 This year in addition to Tmall, Xiaomi this occupy the market before the box of several brands continue to introduce new products, but also unexpectedly there are two boxes of new products, a Meizu entry Meizu box, the other is LeTV U4 return. Xiao Bian found the latest models of the four brands, and it happened to be four boxes are priced at 299 yuan. Let's take a look. Which TV box is 299 yuan to buy more?
The box is not like a TV, and does not require much cost in appearance, so Xiaobian directly compares the parameters of the four TV boxes. 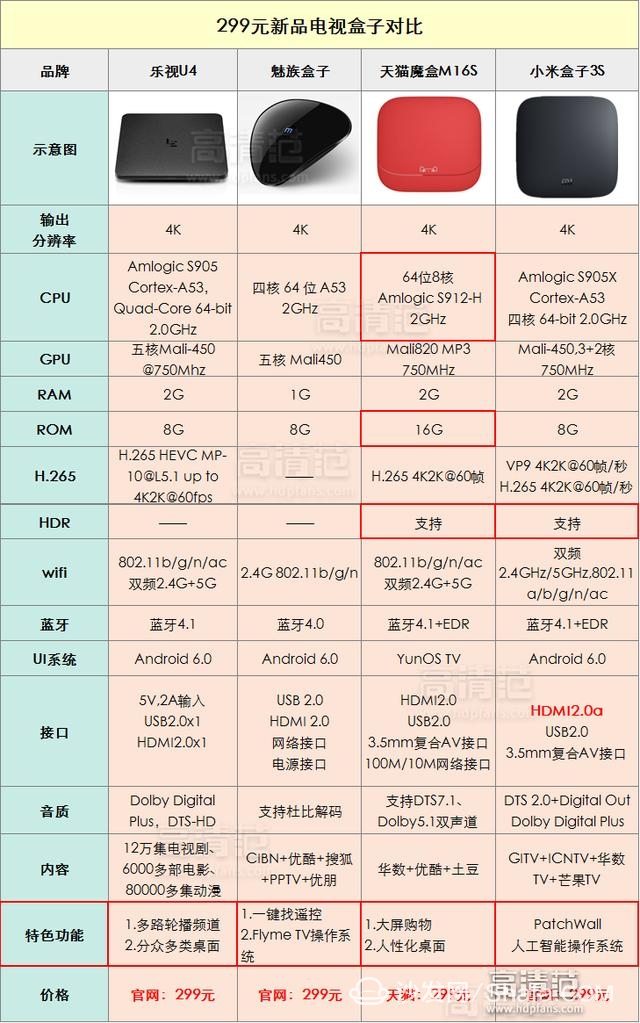 In terms of chip performance, the Amlogic S905 series chips that LeTV U4 and Xiaomi Box 3S carry are compared with the Amlogic S912 powered by the Lynx Box M16S, and the performance is definitely worse. The Meizu box does not specify which chip is used, but the CPU and the The architecture of the GPU is very similar to those of LeTV and the Xiaomi box. Therefore, from the point of view of chip loading, the Lynx Box M16S wins. Look at the memory combination, but also the Lynx box M16S has been upgraded.
On the picture quality output, except for the Meizu Box which is not clearly indicated in this respect, the other three TV boxes still support the H.265 4K hard decoding. The Lynx Box M16S and the Millet Box 3S support the H.265 hard decoding. HDR technology is also supported, and 4K output quality is guaranteed.
On the wireless connection, the Meizu box is slightly weaker. Only the single-band wifi is supported and the Bluetooth version is lower than the other three models. The remaining three TV boxes have all chosen the same latest processing in wireless settings.
Interface, Lynx Box M16S interface is the most complete, for the box, the more the interface is more convenient to use, said here under the general understanding of HDMI2.0, HDMI2.0 interface is a necessary factor for 4K output, as HDMI2.0 is often referred to as HDMI2.0a and HDMI2.0b, both of which have the same broadband, HDMI2.0a is equipped with HDR, and HDMI2.0b is optimized in firmware, but both are The difference is not great. The 3.5mm composite AV interface of the Lynx Box M16S supports the output of the next generation of stereo channels, which is still relatively advantageous.
The sound quality is basically the same, all support Dolby decoding, but Lynx box M16S support DTS7.1, Dolby5.1 two-channel audio output is still a more distinctive place. In terms of content, the four TV box brands all have their own content channel sources. LeTV also indicated that CIBN and Huadian will join the ecosystem in this new conference. Xiaomi, Tmall and Meizu have licenses to rely on and integrate. The content of mainstream video websites is not so obvious.
In terms of features, most of the operating features brought by the box's featured operating systems, such as LeTV's new desktops, Meizuâ€™s most attractive Flyme TV operating system, Tmallâ€™s user-friendly desktop, and Xiaomiâ€™s The box's PatchWall artificial intelligence operating system, Xiaobian experienced Meizu Flyme TV system is indeed fresh style, to the storage of Jane Jane, there is a puzzle wall of the millet box, a pull in the end, but also according to user habits recommended video, the effect are not bad.
These four television boxes are based on the Android 6.0 operating platform, more in line with everyone's tastes, from the performance point of view, Lynx Box M16S must be stronger than the other three boxes. However, four boxes have their own characteristics, music as U4 in addition to the chip than the Lynx magic box M16S to be inferior, the other configuration is also very good, millet box 3s is also the case, in general, may Meizu box performance slightly thin. However, every TV box has a very desirable place, such as music as the latest open advantages, such as Meizu box fresh TV Flyme experience, and then Xiaomi this year's more fierce PatchWall artificial intelligence system. In short, the 299 yuan to buy a TV box, these four are very good.