In addition to adjusting the framework of the new regulations, enriching management tools, and increasing disciplinary efforts, bidding and auctions will be established as a system to clarify that commercial frequencies such as mobile communications on the ground can be allocated by means of bidding and auction.

On December 2nd, a few days ago, China announced the newly revised Radio Regulations of the People's Republic of China (hereinafter referred to as the "Regulations"), which was implemented on December 1, 2016.

This time, the newly revised "Regulations" will, in addition to revising all the chapter provisions, adjusting the new regulations and framework, enriching management methods, and increasing disciplinary efforts, will also set up bidding and auction as a system, and clarify Commercial frequencies such as ground public mobile communications can be allocated by means of bidding and auction.

According to an interview with the media, Fan Bin, deputy director of the Policy and Regulation Department of the Ministry of Industry and Information Technology, said that the revision of the "Regulations" has set up bidding and auction as a system, clarifying that commercial frequencies such as mobile communication on the ground can be auctioned. The way to distribute. The bidding and auction methods for the future 5G spectrum allocation are also an option. 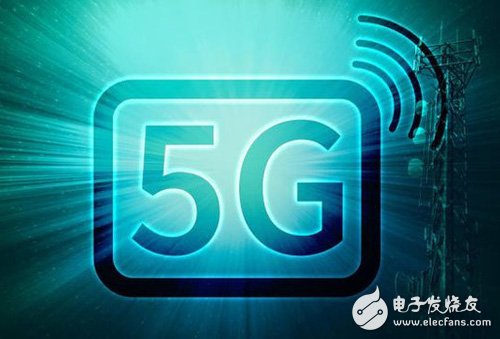 The most important work of spectrum as radio management involves not only national security but also social life. Therefore, China's allocation of radio spectrum resources is very strict, and most of them adopt administrative approval methods for spectrum division.

This time, the newly revised "Regulations" established a system of coexistence of designation, bidding and auction. Radio frequency licenses involving national security and public interest continue to be given priority protection through administrative approval.

Fan Bin said that the newly revised "Regulations" stipulate that the allocation of radio frequency resources can be carried out in both administrative and market ways. In the past work practice, China's frequency allocation is more dependent on administrative links, through administrative examination and approval. The revision of the "Regulations" established the bidding and auction as a system, and clarified that commercial frequencies such as mobile communication on the ground can be allocated by means of bidding and auction.

According to Fan Bin, attempts have been made to allocate radio resources by means of market methods. In 2002, the former Ministry of Information Industry organized a pilot bidding for the 3.5 GHz frequency. Several enterprises participated in the bidding and won the bid, and the pilot achieved good results. .

Regarding the 5G spectrum division that people are concerned about, Fan Bin said, â€œThe 5G international standard has not yet been finalized. The timetable for when China will issue 5G business licenses has not yet been determined. It is too early to discuss the allocation of 5G frequencies. Of course, take The bidding and auction methods are also an option at the time."

With the rapid implementation of China Manufacturing 2025 and the Internet, smart manufacturing, 5G, Internet of Things and other new technologies and new formats have developed rapidly. Radio is widely integrated into the economic society and national defense construction. By the end of 2015, the number of radio stations was 3.84 million, an increase of 43% compared with 2010.

At the same time, spectrum resources are becoming increasingly tight and radio interference is increasing. Private radio stations, especially the "pseudo base station" and "black broadcasting" issues are prominent, interfering with aviation navigation, public communication and other activities. Taking the 12th Five-Year Plan as an example, the radio regulatory agencies investigated more than 6,500 radio interferences, 3,951 â€œpseudo base stationsâ€ and 3,301 â€œblack broadcastsâ€.

However, the shocking effects and penalties of the original regulations have led to low illegal costs and cannot contain the "pseudo base station" cases. This time, the new regulations have increased the disciplinary efforts of illegal acts, and the upper limit for setting up radio stations for unauthorized use has been raised from the original 5,000 yuan to 500,000 yuan. For those who do not follow the regulations on power station licenses, they use the power stationâ€™s revoked radio licenses and confiscate illegal income. Penalties such as fines of less than 100,000 yuan. For illegal radio launching activities, it is required to temporarily detain equipment, seize radio stations, implement technical blocking, and increase illegal costs.

In addition, the Criminal Law Amendment Nine, which was passed in August last year, lowered the threshold for disrupting the order of radiocommunication management and added aggravated sentiment grades. The highest mentioned is 7 years. The new regulations and the "Nine Criminal Law Amendments" have increased the crackdown on radio violations of crimes and jointly maintained the order of radio waves.

Automobile connector is a kind of component that electronic engineers often contact. Its function is very simple: in the circuit is blocked or isolated between the circuit, set up a bridge of communication, so that the current flow, so that the circuit to achieve the intended function. The form and structure of automobile connector are ever-changing. It is mainly composed of four basic structural components: contact parts, shell (depending on the type), insulator and accessories