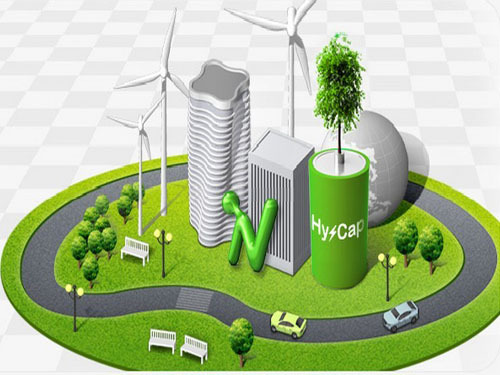 In recent years, China's super capacitor technology has been greatly improved, and put into operation in the field of public transportation and rail transit. However, due to the adjustment of the state's financial subsidy policy, the ultra-capacitor pure electric passenger car has lost the subsidy treatment for pure electric passenger cars, and the market has also been severely compressed, making the newly started ultracapacitor industry seriously damaged.

The development and expansion of an industry not only requires the strong support of national policies, but also needs to give full play to the strength of the market. As the most effective market mechanism platform, the exhibition plays a vital role in promoting industry technical exchanges and cooperation and promoting industrial development. It is reported that the 6th China (Shanghai) International Supercapacitor Industry Exhibition (CSCF2015), China's largest super power exhibition, will be held on August 26-28, 2015 at the Shanghai New International Expo Center.

It is understood that this exhibition is expected to attract more than 200 domestic and foreign super capacitor companies to participate in the show, focusing on the latest achievements in the field of supercapacitors, including various types of monomer, combined supercapacitors, activated carbon, electrolyte, separators, pole pieces , Super capacitor production equipment, accessories, testing equipment. In addition, the official website of the exhibition has opened a free visit registration platform. Business units and individuals that need to visit can register online and enjoy on-site green channel services.

Although China started late in the field of supercapacitors and technological innovation is also faced with many difficulties, the significance of conquering it is very significant. Once technical breakthroughs are made in supercapacitors, they will have a great impetus for the development of new energy industries and create favorable conditions for the development of China's environmental protection cause.

Grind your beans and spices fresh without losing any flavor.
GLAREME's powerful Coffee Grinder grinders the entire bean quickly and efficiently.Instead of buying pre-ground coffee, try making coffee with fresh ground beans.It will provide a rich aroma and rich flavor, making the coffee more delicious.In addition to coffee beans, the multi-purpose grinder can also be used to chop or grind nuts, seeds, herbs and spices.The GLAREME coffee grinder is compact and stylish, adding convenience and utility to any kitchen.