SMIC is currently the leader in wafer manufacturing in mainland China, but compared with the world's leading manufacturers, technology is still a lot behind. Although SMIC's market value surpassed UMC last year, the difference between the two places is large, deducting these factors, plus The mainland policy subsidizes projects such as reticle, and the value of UMC is far above the SMIC, let alone compete with TSMC.

Ziguang Group also sees that SMIC is currently experiencing bottlenecks. It hopes to bring together all parties to love the aura, quickly cut into logic chip manufacturing, and double-track with memory, surpassing SMIC and become the largest chip manufacturer in mainland China. 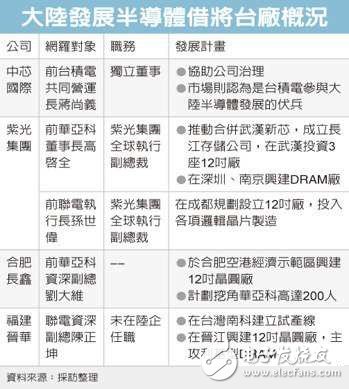 However, in the memory field, Ziguang is also facing competition from Hefei Changxin and Fujian Jinhua to compete for card positions.

The key to these semiconductor investments is technology. At present, South Korea's Samsung and SK Hynix have refused to provide technology to the mainland semiconductor plants, and almost all of the land-based targets are locked in cooperation with the United States.