Mark Molthan, a Texas-based Tesla Model S owner, used the Autopilot feature when the vehicle failed to recognize the corner of the highway causing it to crash into the guardrail, the front of the car was completely destroyed, and the entire vehicle was likely to be scrapped. However, fortunately, 44-year-old Mark Molthan was not seriously injured except for his nose.

According to the owner, he was driving on the Highway 175 using the Autopilot feature. He was busy cleaning the dashboard before the collision and wanted to find a piece of cloth from the glove box in front of the first officer. Therefore, he did not put his hands on the steering wheel according to Tesla's request, and his attention was not on the road ahead. Therefore, Mark Molthan does not intend to sue Tesla or push all responsibility to the vehicle. 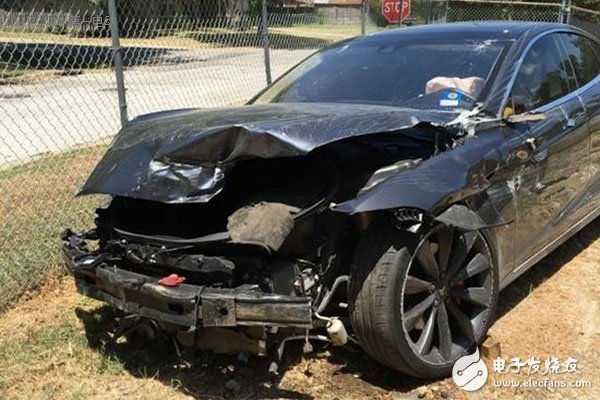 However, the car owners still have a big change in their attitude towards Tesla products. He had been using the Autopilot function on this highway before, and he had never had any accidents, but this time he was caught off guard. Mark thinks that Autopilot will give you the illusion that you think it will be very safe, but there is no warning. It feels so dangerous now that he will not be a "tester" anymore. In fact, the owner also owns a Model X. Because of his disappointment with Autopilot, he does not plan to change to a new Model S.

Looking at it in more detail, this time Autopilot failed to identify the normal corners on the highway, unlike the previous reasons such as poor lighting and special objects, which should be considered semi-automatic driving or driving. One of the most basic functions in the auxiliary system, even the ACC adaptive cruise plus lane keeping system of many vehicles can do this. It is said that the infrastructure of the US highway is relatively perfect, and it is not possible to monitor the direction of the marking or guardrail correction. It is also very strange that Autopilot is planted on it.

In addition, after failing to recognize the road turning and hitting the guardrail, the vehicle did not stop immediately because of the collision. Instead, it continued to accelerate and several collisions occurred before stopping. This also reflected that there was no collision in the program. The detection or emergency protection measures for the owner, or similar protection mechanisms, did not take effect due to the failure. And associating with the first fatal accident in Tesla in May, the issue of protection mechanism has been the top priority of the investigation, and there is still no clear conclusion.

And continued acceleration also shows that the emergency braking system AEB equipped on the Model S has not intervened, and there is a problem with the connection of the whole system. Obviously, the vehicle did not know that it had hit the wall. If there is a river or a cliff like that?

So, whether it is a hardware device failure, a software algorithm that does not respond quickly, or hardware devices and software algorithms seem to have problems or design flaws, we don't know. However, before the cause of the previous incident was investigated and there was an accident for similar reasons, it was believed that Texas and the NTSB would promptly investigate the incident.

At the same time, because of this incident, it is still the insurance problem of the accident. Although the owner did not intend to sue Tesla, his insurance company Chubb Ltd. may have proposed a joint investigation into the accident. But from the current law in Texas, Tesla does not seem to have to bear any responsibility, because there is currently no law explicitly stipulates the so-called "autopilot" system, which means that the function of the autopilot system has not been recognized in law. The driverâ€™s failure to concentrate is likely to be the cause of the accident. Moreover, Tesla is also emphasizing that Autopilot is only an auxiliary function, and the driver still needs to pay attention to preparing to take over the vehicle.

So far, the number of accidents and even casualties caused by Tesla vehicles has been quite high due to Autopilot. The accident was similar to the previous first collision situation in China. In the domestic accident, the vehicle was unable to identify the accident vehicle with the highway stopping at the roadside, and a serious problem occurred. 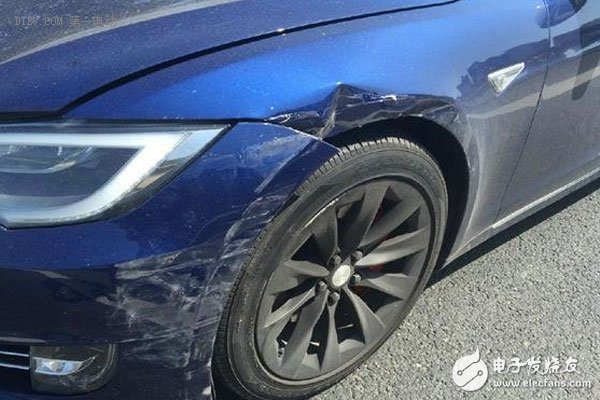 Many people have lost a lot of confidence in Tesla and autonomous driving, but many advocates believe that the automatic driving function has also protected the owner many times. We have also seen, for example, emergency braking to avoid accidents, automatic driving of patients to hospitals, etc. In a similar report, proponents believe that the potential security of the system is unmeasurable.

The function of Autopilot is still only a kind of driving assistance system. From the objective situation, there is still a certain gap from the real autonomous driving. Perhaps in order to avoid more ambiguity among consumers, Teslaâ€™s explanation on the official website of Tesla shows that the word â€œautomatic drivingâ€ has been removed from the Tesla China website, and â€œself-assisted drivingâ€ "Alternatively, additional training was provided to the staff. When demonstrating the autopilot function, both hands must be placed on the steering wheel.

Our company`s current transformers have high precision,wide range,small volume and good linearity that can be used to the field of electronic watt-hour meter, electric energy metering, electronic detection.

â—Interturn insulation strength:The secondary open circuit, the primary winding through the rated current 1min, no inter-turn damage in the transformer