This article refers to the address: http://

If you are similar to me, you may still remember the traditional tungsten light bulb. I say this because the 40W and 60W incandescent lamps that most American households used in the past have been banned from being produced in the US or imported to the US since the end of 2013 (although such lamps are still available). One more thing to mention is that the 75W and 100W lights have been phased out in 2012. The reason for the elimination of these lights is that the US Environmental Protection Agency (EPA) requires an increase in the efficacy of electro-optical output. The main reason for this requirement is to help reduce electricity consumption (and therefore power generation) because, in fact, US residential lighting accounts for about 14% of US electricity consumption (Source: Energy Information Administration). Solid-state LED lights require only about 1/8 of the power to produce the same lumens of light output, so LED lights have successfully entered our world today.

The evolution of illuminators from incandescent lamps to solid-state electronic lamps is similar to the shift in vehicle lighting currently occurring in the automotive industry. Although red LEDs have been used in taillights for more than 10 years, only recently, changes in the interior and forward lighting systems have led to a significant increase in the adoption rate of LEDs. For example, more than 70% of automotive interior lights and over 45% of instrument display backlighting use LED lights. In contrast, currently 55% of daytime running lights (DRL) and approximately 5% of headlights use LED lights. Although the headlights (low beam, high beam, fog lights) represent the biggest business opportunities, but also the market with the lowest penetration rate, many people have discovered this contradiction, I am one of them. One of the main reasons for this apparent contradiction is cost, and automakers are unable to provide LED headlights at the price consumers are willing to pay.

â€¢ Energy savings and lower CO2 emissions â€“ LEDs are not only highly efficient, they reduce the amount of energy they need to power them, but they also have a significantly extended life cycle.

â€¢ Regulatory â€“ Many government regulations dictate requirements for daytime running lights and headlights, as well as other lighting applications, which have led to increased demand for LED lighting.

Audi is widely regarded as the leader in LED applications, and I don't think anyone would be surprised by this because Audi uses LEDs in almost any external automotive lighting application. Anyone who sees Audi's famous "eyebrow" daytime running lights in the rearview mirror will be very eye-catching. In addition, Audi was the first car manufacturer to use LED headlights and was used in the 2004 Audi R8.

So why are LED headlights not as popular as LEDs used in other forms of automotive lighting? The answer is of course the cost. Other products that can replace LED headlights include incandescent, halogen or high-density discharge (HID) xenon lamps. The price of comparable LED lamps may be 100% higher than that of halogen headlamps (first introduced in Europe in 1962, but not used in the United States in 1978). Compared to HID xenon lamps (to achieve comparable performance with HID xenon headlamps, a need is required LED solutions that are much more expensive than lower performance halogen lamps) 1.5 times higher. Incidentally, the first HID xenon headlights appeared in the 1991 BMW 7 Series.

In general, the brightness of the LED headlights is between the halogen and HID lamps, but the LEDs are much more focused and can be controlled to produce different shapes. In addition, due to the small size of the LEDs, a variety of placement and mounting methods are permitted, enabling automotive manufacturers to develop LED lights and assembly methods in a variety of shapes to perfectly match the model. Although LEDs do not generate heat when illuminated, they do generate some heat at the bottom of their emitters when energized, thus posing a potential risk to adjacent components and connecting cables. For this reason, LED headlamps require a cooling system (such as a radiator or fan) to avoid melting. In addition, this type of cooling system is located in the engine compartment, and the engine compartment is not a cool area for other systems that need to maintain a suitable temperature. This is another reason why LED headlamps are more difficult to design and more difficult to use in cars, and therefore more expensive than HID lamps. 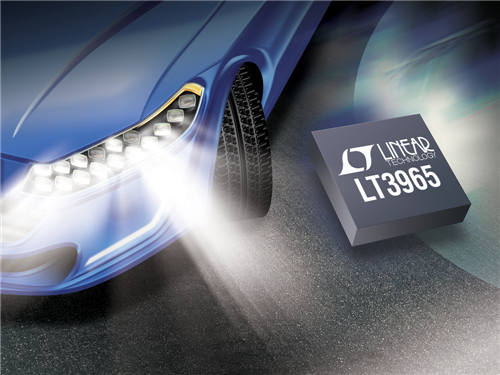 However, the story has not been finished yet. I recently read an article in the US industry media that said Audi has begun offering optional laser high beam lights in the high-performance R8. This kind of laser light is very good, it can adjust itself when the headlights remain open, so that the light does not fall on the vehicle in front, even up to the front 8 cars. Compared to LED headlights, Audi's laser spotlights can reach distances of more than 2 times (over 500 feet), providing drivers with greater visibility.

In order for an incandescent lamp to produce a light output, all that is required is that a current flows through the filament. In contrast, the LED requires a dedicated integrated circuit to drive it.

To meet the specific design needs of the common LEDs used in driving automotive headlamps, Linear Technology offers a wide range of products. A recent example is the new LT3965, a constant current and constant voltage converter that provides 80V input and output voltages. Its topology allows the device to drive high current LEDs. See Figure 2. The device features an internal low-side N-channel power MOSFET with an input rating of 84V, 3.3A, driven by an internally regulated 7.15V supply. The fixed frequency, current mode architecture provides stable operation over a wide range of supply and output voltages. The ground-referenced voltage FB pin acts as an input to several LED protection functions, allowing the converter to be used as a constant voltage source. The frequency adjustment pin allows the user to set the frequency from 100kHz to 1MHz to optimize efficiency, performance or external component size.

The LT3956 senses the output current on the high side of the LED string (often referred to as high side current sensing). This is the most flexible way to drive LEDs in boost, buck, or buck-boost mode configurations. 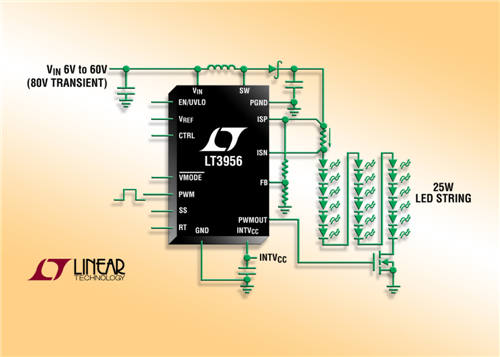 Figure 2: Schematic of the LT3956 circuit that drives a series of LED strings

I believe that despite the current low market penetration of LED headlamps, it is clear that performance gains are too attractive, and automakers' current attitude toward LED lights is unlikely to last too long. Reasons for attractiveness include: improved driver safety, the ability to flexibly change the shape of the body, energy savings, and purely for a good looking look. We all know that the car looks good and we want to buy it. When you are driving around in the future, please pay attention to the matrix lighting, because when you look at the rearview mirror, you will find that the use of matrix lighting and LED headlights will increase dramatically.

Just name your requirement, the rest things belongs to Fibos.